All of Andrew's maps are hand drawn originals, click to view.

Find out more about the Typists behind Andrew Chatto’s text. 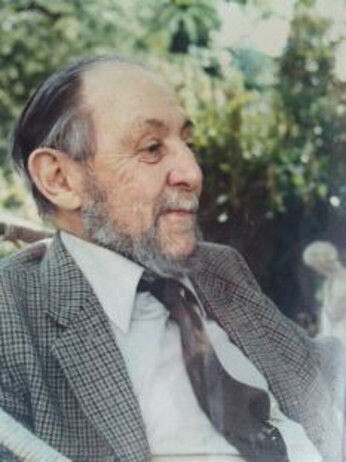 The body of work presented here, published for the first time, is the most comprehensive single source for appreciating the links between plants and their natural habitats. Primarily written for gardeners and horticulture professionals who wish to understand more about the natural origins of the plants they grow and therefore gain a better understanding of the conditions in which they might thrive in cultivation, the Andrew Chatto Papers should be just as valuable for anyone studying or interested in natural vegetation. Those travelling to a corner of the earth new to them now have the opportunity to prepare themselves for what they will see growing in the land they are about to visit, whilst those who need background information about particular species at home now have the opportunity to discover their context, both in terms of habitat conditions but also their partners in plant communities.

Unfinished at the time of his death, Andrew Chatto's opus covers most of the temperate zones of planet earth. Each geographical section starts with an outline of the essential geographical and climatic features of the area and then launches into a discussion of the dominant vegetation communities, often accompanied by lists and basic information about component plant species. In doing so it gives a context for plants; plants are no more individuals than we are, they are members of distinct communities, and can never really be understood without a wider knowledge of the community to which they belong. The British tradition of horticulture has tended to see plants as isolated individuals; the AC Papers are much more in the tradition of German "plant sociology", where plants are seen as components of communities. Such a community approach is of great value for practitioners of horticulture and landscape who are trying to work with plant combinations as part of a naturalistic and sustainable approach to planting design.

The papers made available here are presented as they were in the original typewritten manuscript. There is the advantage of being online that the text is searchable, so references to particular plants species can be located within seconds. There is only one significant difference to the original, and that is the indication of species as being in cultivation given in the original has not been maintained. Several decades have elapsed since much of this text was written, and many new species have been brought into cultivation, and (sadly) some have been lost, the view is taken that such an indication would be confusing and of historical interest only. With views changing on what makes a plant a worthwhile subject for cultivation, it is to be hoped that the AC Papers might serve to stimulate further adventurous plant hunting.

Beth Chatto has undoubtedly been the most influential British gardener of the last half-century. It seems obvious now, but back in 1960 when she started her garden at Elmstead Market in Essex, the idea that garden plants thrive best in situations similar to their original natural environment was a novel one. Beth's earliest books for gardeners say it all: The Damp Garden, The Dry Garden, The Shade Garden, The Gravel Garden.

But how did Beth know what to plant and where, in her rather challenging garden (much of it too dry, too wet or too shady for conventional gardening)? The answer was that Beth relied heavily on her late husband Andrew's knowledge of plant ecology. Those in the garden world knew that Andrew spent a lot of time researching the writings of plant hunters, travellers, scientists in French and German, and that he taught himself Russian, in order to read the literature on the plant ecological associations of the USSR where many good garden plants come from.

Now, thanks to the Internet, and some enthusiastic typists, we can all read what Andrew Chatto wrote. When he died in 1999 he left behind some half a million words on the plants and ecology of most of the temperate world. Not just notes, but eloquently, at times poetically, written text. He would take a place: Japan, the Altai Mountains, The Caucasus, etc and trawling through a great many sources would summarise the climate, a basic description of the vegetation and list of prominent plants, especially the ancestors of garden plants. When Beth got hold of a new plant he could look it up and tell her where it came from and what its habitat was like. So, the idea of "the right plant for the right place" was born.

For many years, Beth wondered and worried about what to do with Andrew's text. She discussed it with well known garden writer Noel Kingsbury, who suggested that he could help. A note in the newsletter of the Hardy Plant Society brought forward 55 responses, from which he selected eight to type up the notes into a digital format, mostly retired people, skilled copy typists, all familiar with scientific plant naming. The next stage was to put the text online, so that anyone can read it. It is hoped that in the future plant names can be checked and brought up to date. It is also possible that the Andrew Chatto papers could be the basis of a Wiki project, whereby others might continue the research into the natural homes of plants enabling us to give them the conditions to which they have become adapted, especially with global warming in mind.

Andrew Chatto's lifelong interest in ecology began when, as a boy of 14, his parents went to live near his mother's brother who had an orange farm at Laguna Beach, California. Seeing Ceanothus and Eschscholzia (Californian Poppy) all around which he recognised from his parents' garden in Radlett, Hertfordshire, "How," he wondered "did they get there from England?" The answer was that they were wild in California, as blackberries and elderberries are in England. Thus a seed was sown in his mind to wonder where all garden plants come from, where were their native homes, and what were the conditions to which they had become adapted? It was the beginning of a lifetime's research into the natural homes of garden plants, the right plant for the right place. Born into a London publishing family (his grandfather founded the business of Chatto and Windus in 1873), Andrew preferred the outdoor life and went into fruit farming. He and Beth farmed together until it was clear that the future lay in Beth's nursery business. By 1970 he had retired and, although limited physically by ill health, he concentrated on his records into plant ecology until he was 90 years old.